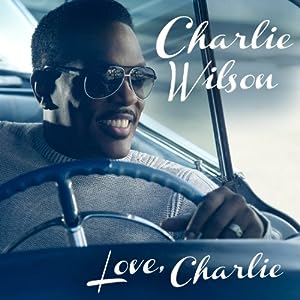 $4.30
As of 2022-11-21 17:34:45 UTC (more info)
Not Available - stock arriving soon
Buy Now from Amazon
Product prices and availability are accurate as of 2022-11-21 17:34:45 UTC and are subject to change. Any price and availability information displayed on http://www.amazon.com/ at the time of purchase will apply to the purchase of this product.
See All Product Reviews

Grammy-nominated recording artist and R&B icon CHARLIE WILSON is preparing to celebrate his birthday with the release of his new, highly-anticipated album, Love, Charlie, on January 29, 2013.

The selection of songs on Love, Charlie cover the various aspects of love that people experience - from the joy of discovering it on "I Think I'm In Love," to one's heart speaking to another's on the lead single, "My Love is All I Have." For Wilson, the love of self and faith in God is represented on "If I Believe," his most poignant song on the album.

"The first track on 'Love, Charlie' sets the tone for this project," stated Wilson. " As everyone knows I have not only survived some of life's challenges, I have been triumphant and 'If I Believe' is my testimony which I hope will inspire others."

Wilson, whose career began with his brothers as the incomparable and funky GAP Band, has been enjoying an extraordinary solo career which includes two Grammy nominations for each of his last two albums, Uncle Charlie and Just Charlie. The latter release spawned the chart-topping hit "You Are" which claimed the #1 spot Billboard's Urban Adult Contemporary chart for 13 consecutive weeks!

In addition to his success as a solo artist, Wilson has collaborated with numerous chart-topping artists and producers including Snoop Dogg, R. Kelly, Kanye West, Jamie Foxx, Fantasia, T. Pain, Justin Timberlake and his recent performance on the 2012 Soul Train Awards with 2 Chainz.

only $2.63
Not Available
View Add to Cart