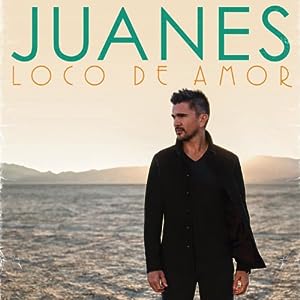 $13.96
As of 2021-12-06 14:12:56 UTC (more info)
Not Available - stock arriving soon
Buy Now from Amazon
Product prices and availability are accurate as of 2021-12-06 14:12:56 UTC and are subject to change. Any price and availability information displayed on http://www.amazon.com/ at the time of purchase will apply to the purchase of this product.
See All Product Reviews

The album features the first single LA LUZ which was written and composed by Juanes. With LA LUZ Juanes musically drives us onto a dance floor and wonders how far seduction will go once the lights go out.

With six solo albums to his credit and over 15 million albums sold, Juanes is the world s leading all-Spanish language rock artist --both a 2-time GRAMMY and 19-time LATIN GRAMMY winner with eight #1 singles on Billboard s HOT LATIN SONGS chart.Hailed as the first truly international rock star to emerge from Latin America (AP) and a soulful poet...Latin America's hottest singer-songwriter (NY Times), Juanes is also frequently recognized as one of the Spanish-speaking world s leading social media voices with an online following of over 16 million fans. The Colombian superstar s dedication as a global activist also extends far beyond his passionate lyrics and is seen in his wide ranging charitable work for his own Mi Sangre Foundation and as a co-founder of the Paz sin Fronteras (Peace Without Borders) organization, which utilizes music to unite people regardless of political or geographic divides and advocates that all people are entitled to the basic human right of peace.