Link of Chain - A Songwriters Tribute to Chris Smither 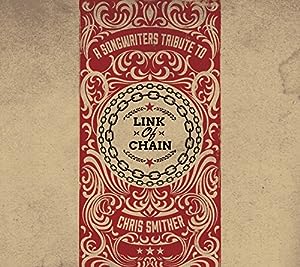 Link of Chain - A Songwriters Tribute to Chris Smither

$11.85
As of 2021-04-07 05:39:44 UTC (more info)
Not Available - stock arriving soon
Buy Now from Amazon
Product prices and availability are accurate as of 2021-04-07 05:39:44 UTC and are subject to change. Any price and availability information displayed on http://www.amazon.com/ at the time of purchase will apply to the purchase of this product.
See All Product Reviews

This is an all-star tribute to Signature Sounds artist Chris Smither, which follows his recent 2 disc career retrospective.

Like John Hammond, Spider John Koerner, and a handful of other musicians whose careers began in the 1960s blues revival, guitarist, singer, and songwriter Chris Smither can take pride in the fact that he's been there since the beginning. Smither has been a mainstay of the festival, coffeehouse, and club circuits around the U.S., Canada, and Europe since his performing career began in earnest in the coffeehouses in Boston in the spring of 1966. In blending blues styles with incredible poetic lyrics, Smither has created a body of work that is unique and rich. He is best known for his great songs Love You Like a Man and I Feel the Same , both of which have been recorded by guitarist Bonnie Raitt, an old friend who appears on this collection alongside many of Smither s contemporaries and touring partners.

Car Wheels on a Gravel Road

One For The Road