Light of the Stable 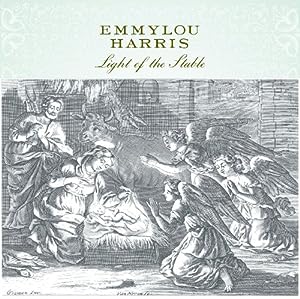 Light of the Stable

$11.42
As of 2022-11-20 21:17:43 UTC (more info)
Not Available - stock arriving soon
Buy Now from Amazon
Product prices and availability are accurate as of 2022-11-20 21:17:43 UTC and are subject to change. Any price and availability information displayed on http://www.amazon.com/ at the time of purchase will apply to the purchase of this product.
See All Product Reviews

Light of the Stable debuted in 1979, with a title track featuring backing vocals from Neil Young, Linda Ronstadt and Dolly Parton. The sublime Rodney Crowell-penned "Angel Eyes," composed specially for this album, features Rick Skaggs on mandolin and Skaggs and Willie Nelson on vocal harmony, and is just one of many highlights. This radiant acoustic masterpiece-graced throughout with the presence of stellar guests--features both contemporary and traditional gems, and is now expanded with three newly recorded songs.

First released in 1979, Light of the Stable has survived the passage of time and received much acclaim over the years. Updated in 2004 with three new tunes and insightful liner notes, its light now shines even brighter. A host of well-known voices and players join Harris on Christmas songs both familiar and unexpected. Among her guests are Dolly Parton, Rodney Crowell, Neil Young, Ricky Skaggs, James Burton, and Kate and Anna McGarrigle, the latter of whose lovely arrangements of the traditional "Cherry Tree Carol" and their own "Man Is an Island" are two of the bonus tracks.

Given its history and craft, Light of the Stable is more than just a seasonal collection. In many ways, it's shaped the sound of country Christmas records for the 25 years since its original release--yet the warm glow of its own artistry has never wavered. Consider it a little masterpiece. --Martin Keller