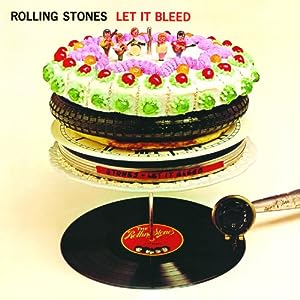 $41.27
As of 2022-11-23 19:34:02 UTC (more info)
Not Available - stock arriving soon
Buy Now from Amazon
Product prices and availability are accurate as of 2022-11-23 19:34:02 UTC and are subject to change. Any price and availability information displayed on http://www.amazon.com/ at the time of purchase will apply to the purchase of this product.
See All Product Reviews

One of the Stones' most beloved albums, 1969's Let It Bleed was a benchmark for several reasons. First, founding guitarist Brian Jones died during the recording process. Second, the Stones take their last significant look at pure blues (Robert Johnson's spooky "Love in Vain") and country ("Country Honk," the two-stepping alter ego of "Honky-Tonk Women") before folding both styles into a cohesive rock & roll vision. Third, it contains some of the band's most eerie hits, such as the flame-enveloped "Gimme Shelter," the drug-reality anthem "Monkey Man," the epic "You Can't Always Get What You Want," and Mick Jagger's menacing "Midnight Rambler." --Steve Knopper

only $7.57
Not Available
View Add to Cart

only $7.26
Not Available
View Add to Cart