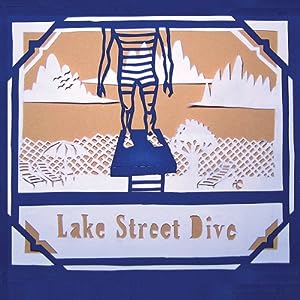 $13.70
As of 2022-09-19 04:29:24 UTC (more info)
Not Available - stock arriving soon
Buy Now from Amazon
Product prices and availability are accurate as of 2022-09-19 04:29:24 UTC and are subject to change. Any price and availability information displayed on http://www.amazon.com/ at the time of purchase will apply to the purchase of this product.
See All Product Reviews

Available November 9th via Signature Sounds, Lake Street Dive's self-titled third album is not only their national debut - it is also the first album to fully capture their ongoing musical and personal adventure together. As witnessed in a series of ingeniously minimalist performance videos the band has uploaded to YouTube, Lake Street Dive's sound is marked by McDuck's ingeniously deployed trumpet parts and snappy rhythm guitar, Kearny's astonishingly nimble upright bass playing, and Calabrese's unfailingly musical percussion. Above it all, Price's vocals are clear and strong, carrying the meaning and melody of the songs with a both declamatory zeal and conversational intimacy. It's invigorating music that defies genre while simultaneously captivating the head, heart, and feet.

Throughout Lake Street Dive, the band displays mastery of a range of rhythms, from skeletal, eerily metronomic pop of "Neighbor Song" to the British invasion basher "Henriette" (replete with unexpected bass solo!) to the tempered, after-hours R&B of the closing "My Speed," which boasts a guest vocal from Boston soul man Jesse Dee. The songs, intricate arrangements, and Price's vocals insure that each ingredient in their sound is personalized and reimagined from the band's perspective. The confident, unapologetic vibe that runs throughout thealbum is clearly that of a band celebrating a newfound ease with itself.

Standing In The Breach