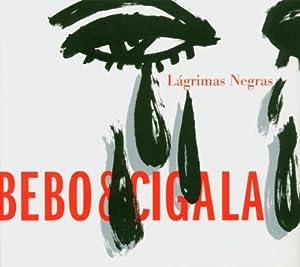 $25.99
As of 2022-10-03 13:48:04 UTC (more info)
Not Available - stock arriving soon
Buy Now from Amazon
Product prices and availability are accurate as of 2022-10-03 13:48:04 UTC and are subject to change. Any price and availability information displayed on http://www.amazon.com/ at the time of purchase will apply to the purchase of this product.
See All Product Reviews

This was recorded at the suggestion of Hollywood Oscar® Award-winning director, Fernando Trueba (Belle Epoque), which has become a phenomenon in Spain.

The result is a journey that discovers the essence of the Latino "love" song with connections to Cuba, Central and South America, and Spain.

Picked by New York Times critic Ben Rattcliff as "the best album of the year", Lágrimas Negras has had an impressive debut. The album has never been out of the top 30 since its release in Spain over nine months ago, achieving double Platinum sales status. It has won five Amigo Awards, one Premio Ondas, and three Premios de la Musica Awards (including Best Album).

This album pairs one of the greatest flamenco singers of today, cantaor Diego El Cigala, with one of Cuba's finest Afro-Cuban pianists, Bebo Valdes. With Valdes (father of the great Chucho Valdes) born in 1918, there's a 40-year age difference between the pianist and the singer, but they do a fine job crossing generations and oceans to discover the commonalities between Caribbean and the Iberian music, coming up with a romantic marriage of the two cultures using rumbas, guajira, sons and boleros. All the songs are classics out of the Latin music tradition, using just a handful of players in support. Valdes's fingers are delicate and prone to dramatic flourishes; Cigala's voice is pure flamenco in its hoarse intonation, cadence and emotional outpourings. The two masters make the union work by focusing on the drama of the love songs--"Veinte Años," "Inolvidable" and the title track are just three amazing examples--as fuel for some of the most exquisitely passionate music to come out in ages. --Tad Hendrickson