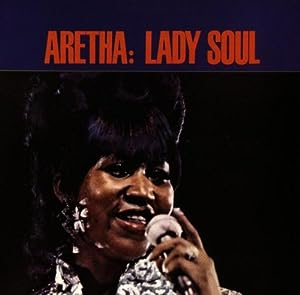 $4.82
As of 2021-04-16 16:16:39 UTC (more info)
Not Available - stock arriving soon
Buy Now from Amazon
Product prices and availability are accurate as of 2021-04-16 16:16:39 UTC and are subject to change. Any price and availability information displayed on http://www.amazon.com/ at the time of purchase will apply to the purchase of this product.
See All Product Reviews

Despite the presence of the sweetened (and great) single "A Natural Woman," Aretha Franklin's third Atlantic album is even more elegantly gritty than its two predecessors. She finds liberation in James Brown's "Money Won't Change You" and a revved-up take on Ray Charles's "Come Back Baby" much as she had in "Respect" and "Think" earlier, while Eric Clapton's guitar on "Good to Me As I Am to You" stings as much as her rueful, resigned delivery. --Rickey Wright