Kill to Get Crimson 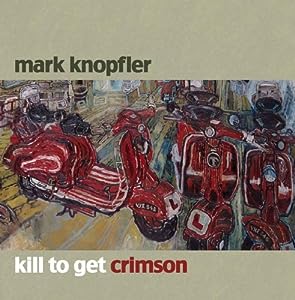 Kill to Get Crimson

$12.78
As of 2022-11-22 09:56:22 UTC (more info)
Not Available - stock arriving soon
Buy Now from Amazon
Product prices and availability are accurate as of 2022-11-22 09:56:22 UTC and are subject to change. Any price and availability information displayed on http://www.amazon.com/ at the time of purchase will apply to the purchase of this product.
See All Product Reviews

Building on last year's Grammyr-nominated All The Roadrunning collaboration with Emmylou Harris, his highest charting non Dire Straits album to date Top 20 Pop, scanning 400,000 copies in the U.S. acclaimed singer-songwriterguitarist Mark Knopfler unveils his fifth solo album, Kill To Get Crimson. While certain to appeal to his loyal fan base, the album's artful guitar rock will also entice new fans to Knopfler's signature sound (he's #27 on Rolling Stone's 100 Greatest Guitarists Of All Time), instantly recognizable vocals and smart lyrics. A multiple- Grammy winner who has sold more than 110 million albums worldwide, Knopfler remains one of rock's most admired artists.

Three decades after Dire Straits broke onto the scene with their remarkable debut, Mark Knopfler remains an iconic figure in popular music, his graceful guitar playing equaled only by his genial baritone and a novelist's ability to create distinct characters and themes in his songs. His fifth solo album since he pulled the plug on the band in 1995, Crimson reflects on a torrent of narratives, from the gracefully aging spouse in the flute-powered ballad "The Scaffolder's Wife" to the valiant down-and-outer in the Scottish folk song "Heart Full of Holes." Employing accordions, fiddles, and horns as majestic accompaniment, Knopfler drifts into the Celtic-tinged melodies of his past, explicitly in the whiskey-soaked singalong "Secondary Waltz," the busker's saga "Madame Geneva's," and "The Fish and the Bird," with its vagabond pensiveness. Clocking in at just under an hour, the album--without any page-turning epic--plays instead like an anthology of written works, every personification crisp in definition, every story exquisitely told. --Scott Holter

In Between Dreams by Umvd Labels