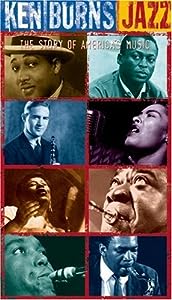 $95.99
As of 2022-09-30 06:03:38 UTC (more info)
Not Available - stock arriving soon
Buy Now from Amazon
Product prices and availability are accurate as of 2022-09-30 06:03:38 UTC and are subject to change. Any price and availability information displayed on http://www.amazon.com/ at the time of purchase will apply to the purchase of this product.
See All Product Reviews

The jazz-instrumentalist-as-singer comes to life on Coleman Hawkins's "Body and Soul" and Horace Silver and the Jazz Messengers' "Doodlin'." Clifford Brown and Max Roach's "I Get a Kick out of You" epitomizes the hard-bop era, while Miles Davis's "So What" stands as the modal masterpiece. The cool school is in session with Chet Baker and Gerry Mulligan dishing out "Walkin' Shoes," and the Modern Jazz Quartet's soulful elegy "Django" straddles all the above musical orbits. As for Django Reinhardt, he's featured on "Shine" with the justly famed Le Quartet du Hot Club de France.

Louis Armstrong's "West End Blues" and "Potato Head Blues" and Duke Ellington's rousing rendition of Billy Strayhorn's anthem, "Take the A Train," and his moody "Solitude" show why they are the Olympian masters of this art form--and the most frequently featured artists in the series. Although Ken Burns tries bringing the music up-to-date with Wynton Marsalis, Cassandra Wilson, and two jazz-hip-hop-influenced tracks--Herbie Hancock's robotic "Rockit" and the French-language "Un Aige en Danger" by MC Solaar and bass legend Ron Carter--there are significant holes here. After Cecil Taylor and Ornette Coleman, the avant-garde period from the late 1960s to the 1980s is lacking. And aside from the bossa nova hit "Desafinado," Latin jazz is also missing. It's a tough task summarizing jazz in five CDs, and Burns has given us a vibrant and vivid multicolored aural portrait of the music. --Eugene Holley Jr.