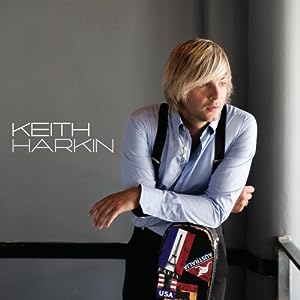 $9.94
As of 2021-04-16 16:38:35 UTC (more info)
Not Available - stock arriving soon
Buy Now from Amazon
Product prices and availability are accurate as of 2021-04-16 16:38:35 UTC and are subject to change. Any price and availability information displayed on http://www.amazon.com/ at the time of purchase will apply to the purchase of this product.
See All Product Reviews

Keith Harkin, a twelve-track collection split between classic covers and original compositions, illustrates the artist's skills as both an interpreter and a writer. The album's first single is the bittersweet traveler's plea, Don't Forget About Me, which will be accompanied by a video.

"I love all music, and a lot of my influences are on this record," says Harkin. "Neil Young, pop, dance, country I love Glen Campbell. I see it like an old-school Elton John record, where he would play rock next to country next to folk. It's quite a broad horizon."

Cover versions of rock and pop classics include Van Morrison's Have I Told You Lately That I Love You, featuring a duet with two-time Grammy® Award winner Colbie Caillat, Tom Waits' The Heart Of Saturday Night, Everybody's Talkin', which Harkin mastered at age 13, and a powerful version of Don Henley's The End of the Innocence.
In addition to Don't Forget About Me, other self-penned tracks include the gently rolling, heartfelt love song Nothing But You & I, and the yearning ballad, Rosa, which Harkin considers one of the best tracks on the album, adding, the first time I heard the strings added at Abbey Road Studios, I was in tears.

Prior to a solo tour of the U.S. in late spring 2013, look for Keith Harkin performing with his band mates in Celtic Thunder in the U.S. and Canada in late summer and fall 2012, and Australia in early spring 2013.

Collection of Roxette Hits: Their 20 Gre...