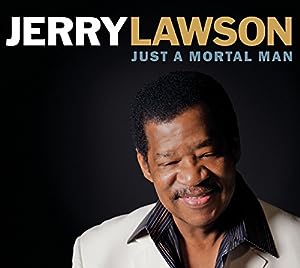 $12.21
As of 2021-07-24 09:58:10 UTC (more info)
Not Available - stock arriving soon
Buy Now from Amazon
Product prices and availability are accurate as of 2021-07-24 09:58:10 UTC and are subject to change. Any price and availability information displayed on http://www.amazon.com/ at the time of purchase will apply to the purchase of this product.
See All Product Reviews

"By any fair measure, Lawson is really one of the best singers of the last 50 years up there with Sam Cooke, Brook Benton, Jerry Butler, and Nat King Cole." -Music writer Rip Rense

Now, at age 71, Lawson is finally releasing an album of music under his own name: a solo debut, titled Just a Mortal Man, to be released on East Nashville label Red Beet Records. With the help of Grammy-nominated producer Eric Brace, Lawson transforms a selection of new and classic songs with his astonishingly rich voice. This is a chance for the world to hear one of the greatest singers ever, front and center, as he has never been heard before.

"What Persuasions fans don't know is that all my life I've been wanting to record with instruments, says Lawson. Now I'm finally getting the chance." On Just a Mortal Man, Lawson covers songs recorded by soul greats David Ruffin and Bobby Blue Bland, as well as songs by Brace, Peter Cooper, Phil Lee, Ayo, Robert Hunter, and Paul Simon. The record features The McCrary Sisters and Jim Lauderdale as special guests.