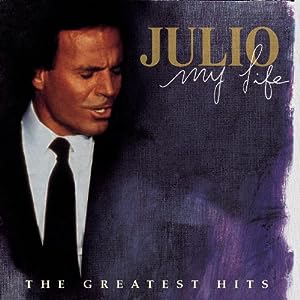 $10.28
As of 2022-11-28 07:11:29 UTC (more info)
Not Available - stock arriving soon
Buy Now from Amazon
Product prices and availability are accurate as of 2022-11-28 07:11:29 UTC and are subject to change. Any price and availability information displayed on http://www.amazon.com/ at the time of purchase will apply to the purchase of this product.
See All Product Reviews

And what a life it's been: 72 albums, 220 million sold-and yet no greatest-hits album! This first-ever collection of Julio's most popular songs features his famous duets with Willie Nelson ( To All the Girls I've Loved Before ), Diana Ross ( All of You ), Stevie Wonder ( My Love ), Sting, Frank Sinatra and Paul Anka, plus two new songs and several previously unreleased tracks. 37 songs in all, with photos, detailed notes and Julio's personal thoughts about each and every song!

The master of the love ballad--in at least six languages--has finally put his greatest hits, along with four new tracks, in a solid two-CD bilingual set. His early material from the 1970s is solid stuff that reminds us of Iglesias's initial allure--his voice, at once mellifluous, melancholy, and warm. His early magic is evident on such heat generators as the plaintive but ultimately uplifting "Hey," the haunting "Abrazame," and the moving "Manuela." He broke the U.S. market wide open in 1984 with the corny but impacting "To All the Girls I've Loved Before" with Willie Nelson. That song began a successful series of duets with other pop stars such as Stevie Wonder, Dolly Parton, and Diana Ross, all included here. Of poignant interest is "Summer Wind," sung with the late Frank Sinatra. --Ramiro Burr

THERE IS MORE (Live In Sydney, Australia...