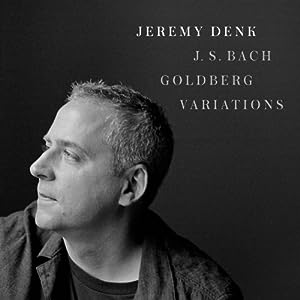 $11.83
As of 2022-11-24 07:34:38 UTC (more info)
Not Available - stock arriving soon
Buy Now from Amazon
Product prices and availability are accurate as of 2022-11-24 07:34:38 UTC and are subject to change. Any price and availability information displayed on http://www.amazon.com/ at the time of purchase will apply to the purchase of this product.
See All Product Reviews

Nonesuch presents pianist Jeremy Denk's recording of J.S. Bach's Goldberg Variations. A companion DVD accompanies the album and contains video liner notes with Denk demonstrating passages on the piano as he explains certain details of the iconic piece. The beloved Bach work has long been a staple of Denk's repertoire and his performances have received critical praise. The New York Times has remarked on his "profound affinity with Bach, " and the Philadelphia Inquirer called Denk's performance of this piece "mesmerizing, " noting that his "Bach is expressive, but not fussy or overthought. Technically unbothered by the work's more explosive spots and remarkably fluid in its scurrying passage work, he was able to make connections between and among bits of material that sometimes occur many seconds apart. "

Note: Disc 1 is a CD and Disc 2 is a DVD and would only play in compatible players.

only $4.66
Not Available
View Add to Cart