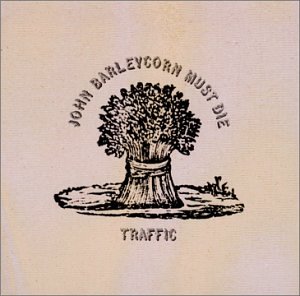 $11.98
As of 2021-12-01 12:54:52 UTC (more info)
Not Available - stock arriving soon
Buy Now from Amazon
Product prices and availability are accurate as of 2021-12-01 12:54:52 UTC and are subject to change. Any price and availability information displayed on http://www.amazon.com/ at the time of purchase will apply to the purchase of this product.
See All Product Reviews

After his short-lived Blind Faith project, Steve Winwood re-formed Traffic with Wood and Capaldi and released this 1970 classic. But what's really special about this reissue are the unreleased tracks: the songs I Just Want You to Know and Sittin' Here Thinkin' of My Love , and Glad and Who Knows What Tomorrow May Bring recorded live at the Fillmore East in November 1970!

Traffic's third studio album is also its third best, ranking below the band's superb second record (1968's Traffic) and its psychedelic debut (1968's Mr. Fantasy). The depth of those albums came from having two superior songwriters, Steve Winwood and Dave Mason; by John Barleycorn, Winwood was leading a trio that included Chris Wood on horns and Jim Capaldi on drums. Winwood now supplied guitar as well as keyboards, and songs such as "Glad" and "Freedom Rider" reflected the trio's fondness for instrumental jams. But the 1970 album is remembered most for the title tune, a traditional folk song blessed with one of the finest vocals of Winwood's long career. --John Milward

The Jazzmasters VII from TRIPPIN & R...

only $4.89
Not Available
View Add to Cart