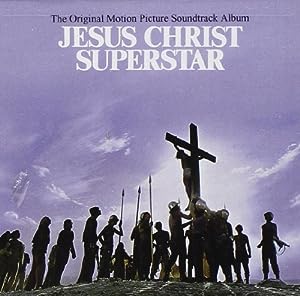 $13.78
As of 2023-02-01 05:23:42 UTC (more info)
Not Available - stock arriving soon
Buy Now from Amazon
Product prices and availability are accurate as of 2023-02-01 05:23:42 UTC and are subject to change. Any price and availability information displayed on http://www.amazon.com/ at the time of purchase will apply to the purchase of this product.
See All Product Reviews

The movie turns 25 this year, and the Tim Rice/Andrew Lloyd Webber soundtrack sounds as dramatic and intense as ever. This special 25th Anniversary Edition is remastered and accompanied by a booklet with all-new full-color movie photos.

This 1974 Norman Jewison film may have been a critical misstep, but some fans actually preferred it to Broadway's rock spectacle. The thing is, Jesus Christ Superstar was first introduced as a two-disc rock opera, not unlike the Who's Tommy, as it even scored several Top 40 hits. While no set matches the original, it's still hard to go wrong with the music, no matter what the source. This also includes the pretty "Could We Start Again, Please," composed for the stage version, and sung here by the original LP's Mary Magdalene, Yvonne Elliman. Ted Neely (Jesus) and Carl Anderson (Judas), meanwhile, have spent two decades on the road, recreating their roles night after night, although they have to now be at least two decades older than Jesus was at the Crucifixion. --Bill Holdship

Songs From The Silver Screen from Columb...