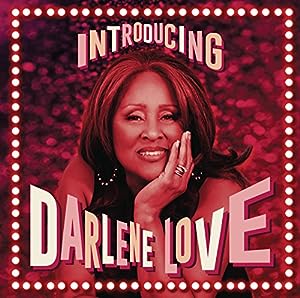 $5.00
As of 2021-06-16 07:57:50 UTC (more info)
Not Available - stock arriving soon
Buy Now from Amazon
Product prices and availability are accurate as of 2021-06-16 07:57:50 UTC and are subject to change. Any price and availability information displayed on http://www.amazon.com/ at the time of purchase will apply to the purchase of this product.
See All Product Reviews

The captivating Love brings her iconic vocal delivery to each song, including "Night Closing In" (Bruce Springsteen,) "Still To Soon To Know" (Elvis Costello),"Love Kept Us Foolin' Around" (Linda Perry), "Who Under Heaven" (Jimmy Webb), "River Deep, Mountain High" (Phil Spector/Jeff Barry/Ellie Greenwich), and "Sweet Freedom" (Barry Man/Cynthia Weil), among others. Inducted in to the Rock And Roll Hall Of Fame in 2011, the New York Times has called the singer "a thunderbolt voice embedded in the history of rock n' roll..." and Rolling Stone praised her trademark vocal style as "a rare instrument sturdy enough to vault over Phil Spector's Wall of Sound.'" The prolific Van Zandt creates a compelling production aesthetic on Introducing Darlene Love, echoing the classic recording style of many early '60s pop standards.

Love s five-decade career spans some of the greatest signature moments in music, with the Los Angeles native nurturing her talent early as a member of the Blossoms, a local trio who began their career providing backup vocals for artists such as Sam Cooke and Bobbie Day. The Blossoms also were featured as part of the house band for the popular '60s music show Shindig, backing up many of the performers who appeared on the series. Love would go on to become one of the most sought-after singers in music history, recording with Elvis Presley, Frank Sinatra, The Beach Boys, Dionne Warwick, The Righteous Brothers, Tom Jones, and dozens of other vocal giants throughout her career. Her early work with pioneering producer Phil Spector on songs such as the trailblazing "He's A Rebel," "He's Sure The Boy I Love," and "Why Do Lover's Break Each Other's Hearts," would garner her legend status. She is featured in the 2013 Academy Award and Grammy winning documentary '20 Feet From Stardom,' chronicling the behind-the-scenes lives of background singers. Darlene's annual holiday performance of her classic "Christmas (Baby Please Come Home)" on Late Night With David Letterman became a holiday viewing staple.