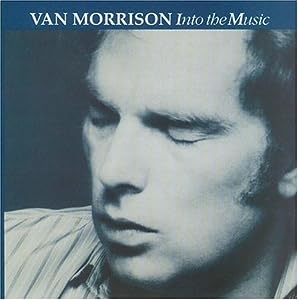 $9.38
As of 2021-07-30 20:15:26 UTC (more info)
Not Available - stock arriving soon
Buy Now from Amazon
Product prices and availability are accurate as of 2021-07-30 20:15:26 UTC and are subject to change. Any price and availability information displayed on http://www.amazon.com/ at the time of purchase will apply to the purchase of this product.
See All Product Reviews

This 1979 release marked both a restoration of Van Morrison's full arsenal of powers as writer, performer, and bandleader after five years of uneven albums and a turning point toward the more interior works that would dominate his next decade. Gone is the lack of direction behind A Period of Transition as well as the commercial pragmatism of the sleeker but shallower Wavelength, replaced by an appealing synthesis of Celtic, gospel, and blues accents that mirror Morrison's own array of earthly joys and spiritual yearnings. On highlights like "Full Force Gale" and "Bright Side of the Road," the sense of revival is palpable, echoed by the lively paean of "You Make Me Feel So Free" and the welcome optimism that brightens "And the Healing Has Begun." Added luster is supplied by a superb studio cast augmenting Morrison's own band, featuring Mark Isham and Pee Wee Ellis in the horn section, with Robin Williamson's evocative Irish whistles and Ry Cooder's guitars. --Sam Sutherland

Live in Amsterdam by J&R Adventures

Blow Your Face Out