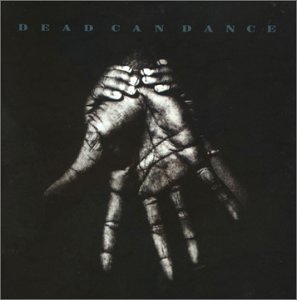 $31.99
As of 2021-04-21 00:48:34 UTC (more info)
Not Available - stock arriving soon
Buy Now from Amazon
Product prices and availability are accurate as of 2021-04-21 00:48:34 UTC and are subject to change. Any price and availability information displayed on http://www.amazon.com/ at the time of purchase will apply to the purchase of this product.
See All Product Reviews

Their goth-sounding name and dour visual image aside, the prolific duo of Brendan Perry and Lisa Gerrard produce wildly eclectic but utterly unique music. Their painstakingly crafted albums encompass numerous arcane genres, from European classical music to ancient Celtic and Middle Eastern folk styles, often employing authentic antique instruments to achieve their ambitious, emotive soundscapes. The 1993 effort Into the Labyrinth found Dead Can Dance mixing their medieval leanings with more exotic Eastern influences on "Saldek" and "Yulunga," while exploring Celtic balladry on the traditional "The Wind That Shakes the Barley" and theatrical songcraft in their interpretation of Bertolt Brecht's "How Fortunate Is the Man with None." --Scott Schinder