In Your Honor from RCA 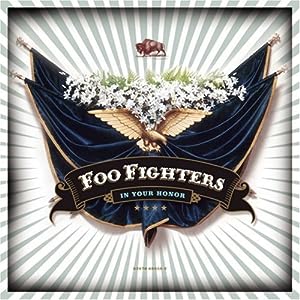 In Your Honor from RCA

$10.37
As of 2023-01-30 08:45:02 UTC (more info)
Not Available - stock arriving soon
Buy Now from Amazon
Product prices and availability are accurate as of 2023-01-30 08:45:02 UTC and are subject to change. Any price and availability information displayed on http://www.amazon.com/ at the time of purchase will apply to the purchase of this product.
See All Product Reviews

Description of In Your Honor from RCA

Top40 Music Store are delighted to offer the fantastic In Your Honor.

With so many on offer today, it is great to have a brand you can trust. The In Your Honor is certainly that and will be a superb acquisition.

For this price, the In Your Honor comes widely respected and is always a regular choice amongst many people. RCA have added some great touches and this means great value.

'In Your Honor' opens with a blistering tour de force title track that matches and possibly exceeds the ferocity of any of the heaviest tracks Foo Fighters have ever recorded, from the Best Hard Rock Grammyr-winning 'All My Life' to perennial favorites like 'Monkey Wrench'. This first of two discs more than lives up to Grohl's mission statement of being "the most asskicking thing we've ever done," yielding one flawless FF barnstormer after another. The first single 'Best Of You' is possibly the heaviest and most melodic thing the band has ever done period,while 'DOA', 'Resolve' and 'No Way Back' do their level best to up the energy level exponentially. 'In Your Honor's second disc showcases the sensitive side that made sleeper hits out of the acoustic versions of 'Everlong' and 'Times Like These'. Though not an 'acoustic' or 'unplugged' record per se, it explores the gentler side of the Foo Fighters musical beast, with strains of sunny California freedom rock running through 'What If I Do' and 'Miracle'. There's even a touch of bossa nova on "Virginia Moon," while elsewhere on the second disc John Paul Jones lends a hand. RCA. 2005.

It’s likely that a decade after its debut record this band now has fans who might ask, "You mean Dave Grohl was in a band before the Foo Fighters?" But they, or any Foo followers who pine for the increasingly refined vocals and polished pop-punk uniformity of the first four albums, will swallow this one whole--or at least half. For as much as vocalist/bandleader Grohl and Co. mix a similar concoction on the 20-song double CD, they manage to agitate the formula ever so slightly. Disc one follows the Foo’s classic sonic blueprint: lip-smacking melodies and enigmatic lyrics, double-barrel guitars and drums that attack. But songs take a gentle turn on the second CD, showcasing Grohl’s underrated vocals amidst a high-energy ensemble of acoustic guitars, piano and mandolin (by studio guest John Paul Jones of Led Zeppelin). Singing, not shouting, Grohl flips potential teen-rock anthems like "Miracle" and "Cold Day in the Sun" (with drummer Taylor Hawkins handling lead vocals) into impending adult-oriented radio staples and, 11 years after Nirvana, the Foo Fighters may finally have their triumph. --Scott Holter

dont smile at me [LP][Opaque Red]

only $5.12
Not Available
View Add to Cart