In Spite Of Ourselves 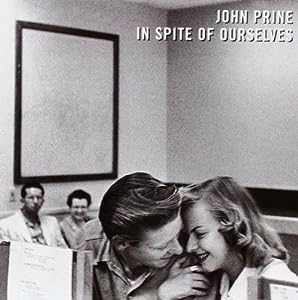 In Spite Of Ourselves

$11.66
As of 2022-01-05 16:33:23 UTC (more info)
Not Available - stock arriving soon
Buy Now from Amazon
Product prices and availability are accurate as of 2022-01-05 16:33:23 UTC and are subject to change. Any price and availability information displayed on http://www.amazon.com/ at the time of purchase will apply to the purchase of this product.
See All Product Reviews

You've got to hand it to John Prine. On the first song on this collection of duets, he plunges valiantly into "(We're Not) The Jet Set," singing the part made famous by George Jones, the Caruso of country music. And Prine, never blessed with the most pliant pipes, promptly pancakes a note flatter than Kansas. Aw, heck! The songwriter's songwriter takes a curious turn with his first studio album since 1995's Lost Dogs & Mixed Blessings. Here he's penned only the hysterically coarse title track, opting instead to coo a slew of classic lovin'-and-losin' country tunes with Iris DeMent, Lucinda Williams, Emmylou Harris, Connie Smith, Trisha Yearwood, Melba Montgomery, Patty Loveless, Fiona Prine, and Dolores Keane. Given Prine's ragged-but-right voice, the effect is something akin to casting a grizzled character actor opposite Katherine Hepburn in The Philadelphia Story. And you know what? It'd probably still be a charming (albeit very different) movie, because romantic comedies, like country duets, are all about chemistry, which is something In Spite of Ourselves has in excess. --Steven Stolder

only $3.12
Not Available
View Add to Cart