In Keeping Secrets of Silent Earth 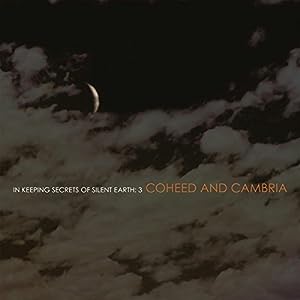 In Keeping Secrets of Silent Earth

$28.19
As of 2022-09-24 17:34:33 UTC (more info)
Not Available - stock arriving soon
Buy Now from Amazon
Product prices and availability are accurate as of 2022-09-24 17:34:33 UTC and are subject to change. Any price and availability information displayed on http://www.amazon.com/ at the time of purchase will apply to the purchase of this product.
See All Product Reviews

The long awaited vinyl reissue of the landmark second studio album from Coheed and Cambria, In Keeping Secrets of Silent Earth: 3 is newly remastered from the original analog master tapes and pressed on 2 180g LPs.

Originally released in 2003, In Keeping Secrets of Silent Earth: 3 immediately affirmed Coheed and Cambria as the era's leading purveyors of imaginative modern rock, fusing elements of hardcore punk, indie, pop, metal, and prog with lead singer/songwriter Claudio Sanchez's indelible voice and vision to create their own groundbreaking sonic universe. Driven by the breakthrough success of the singles "A Favor House Atlantic" and the top 30 Alternative smash, "Blood Red Summer," IKSSE: 3 ascended the upper half of the SoundScan/Billboard 200 on its way towards RIAA gold certification for US sales in excess of 500,000 (not to mention total worldwide sales now well over 1 million).

Back in Black by Sony