Howlin' Wolf/Moanin' in the Moonlight 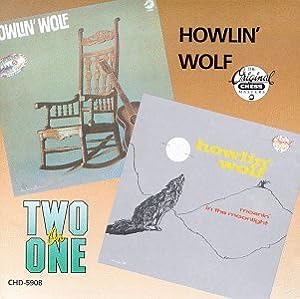 Howlin' Wolf/Moanin' in the Moonlight

$8.95
As of 2022-11-24 01:07:27 UTC (more info)
Not Available - stock arriving soon
Buy Now from Amazon
Product prices and availability are accurate as of 2022-11-24 01:07:27 UTC and are subject to change. Any price and availability information displayed on http://www.amazon.com/ at the time of purchase will apply to the purchase of this product.
See All Product Reviews

This package combines blues giant Howlin' Wolf's first two albums, themselves compilations of his singles released between 1951 and 1962. Apart from two tracks cut in Memphis with Ike Turner, these Chess Studios recordings are landmarks in the development of electric Chicago blues. The Mississippi Delta native's gruff persona towers over "Smokestack Lightnin'," "Red Rooster," "Spoonful," "Evil," "Wang Dang Doodle," "Back Door Man," and others that have become standards since being "discovered" by the Rolling Stones, Clapton, The Doors, et al. Almost as influential as Wolf's bottomless growl are the guitar playing of Hubert Sumlin and the writing and direction of Willie Dixon. An exceptional twofer value for such a weighty slice of American musical history. --Ben Edmonds

Belle of the West

Method To My Madness