How Will the Wolf Survive 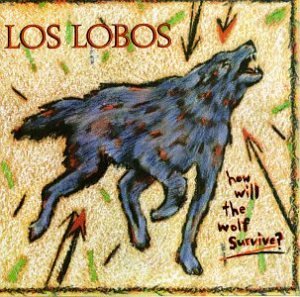 How Will the Wolf Survive

$53.97
As of 2022-01-26 01:29:47 UTC (more info)
Not Available - stock arriving soon
Buy Now from Amazon
Product prices and availability are accurate as of 2022-01-26 01:29:47 UTC and are subject to change. Any price and availability information displayed on http://www.amazon.com/ at the time of purchase will apply to the purchase of this product.
See All Product Reviews

Los Lobos's ability to wade through disparate musical styles isn't the stuff of Elvis and the Beatles, but Los Lobos did it on their debut album. And, unlike much of the material Los Lobos cut their teeth on as a Los Angeles Top 40 cover band, there is nothing lowest-common-denominator about the band's original music. "Don't Worry Baby" is a blues rocker gritty enough for John Lee Hooker; rockabilly meets country, courtesy of David Hidalgo's lap steel, on "Our Last Night"; Cesar Rosas pays homage to the band's Mexican roots on the mariachi-style "Corrido #1"; and "Will the Wolf Survive?" is an infectious jangle rocker that became an early MTV hit. Seamless. File under American Music. --Bill Crandall