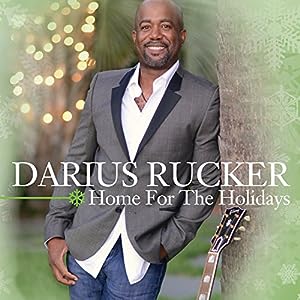 $7.00
As of 2021-04-18 06:20:34 UTC (more info)
Not Available - stock arriving soon
Buy Now from Amazon
Product prices and availability are accurate as of 2021-04-18 06:20:34 UTC and are subject to change. Any price and availability information displayed on http://www.amazon.com/ at the time of purchase will apply to the purchase of this product.
See All Product Reviews

Nashville, Tenn. Capitol Records Nashville's Darius Rucker will release his first Christmas album, Home For The Holidays, on October 27. The twelve track album will include holiday classics as well as two Rucker originals, "Candy Cane Christmas" and "What God Wants For Christmas."

Also, special guest Sheryl Crow joins Darius on the holiday standard "Baby It's Cold Outside". Darius worked with producer Frank Rogers, who produced his three solo country albums, on Home For The Holidays.

"I am so excited to finally make a Christmas album, shares Darius. This has been a lifelong dream and I hope my fans enjoy listening as much as I enjoyed making it."

In addition to recording his Christmas album, Darius has been working on his fourth solo county album to be released in early 2015. The album s debut single Homegrown Honey has just been released to Country radio and is climbing the charts.