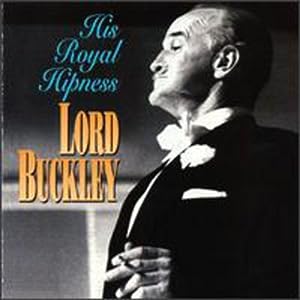 $12.77
As of 2023-01-26 01:50:24 UTC (more info)
Not Available - stock arriving soon
Buy Now from Amazon
Product prices and availability are accurate as of 2023-01-26 01:50:24 UTC and are subject to change. Any price and availability information displayed on http://www.amazon.com/ at the time of purchase will apply to the purchase of this product.
See All Product Reviews

[Note: This product is an authorized, licensed CD and is manufactured on demand]

His Royal Hipness was as unique as they come, an eccentric white cat who made his mark by recasting familiar tales--from Shakespeare, the Bible, and beyond--in a frantic spray of black street lingo, jazz-speak, and hipster jive. In Buckley's mind, Jesus became "The Nazz," Gandhi "The Hip Gan," and explorer Vasco da Gama "Cabeza de Gasca." That would be adventurous now. It was simply unheard of in the 1940s and 1950s when Buckley was plying his trade, entertaining audiences he called his Royal Court. He was too weird to be more than a cult figure, but his defiant persona, deep individualism, and comic sense of cool certainly influenced the likes of Mort Sahl, Lenny Bruce, and even Bob Dylan. Gone, wailin' stuff. --Michael Ruby

only $7.79
Not Available
View Add to Cart