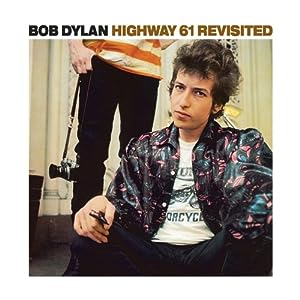 $6.98
As of 2022-06-24 10:55:15 UTC (more info)
Not Available - stock arriving soon
Buy Now from Amazon
Product prices and availability are accurate as of 2022-06-24 10:55:15 UTC and are subject to change. Any price and availability information displayed on http://www.amazon.com/ at the time of purchase will apply to the purchase of this product.
See All Product Reviews

From 1965, his first all-electric album with such classics as Like a Rolling Stone; It Takes a Lot to Laugh, It Takes a Train to Cry; Ballad of a Thin Man; Just Like Tom Thumb's Blues , and Desolation Row .

Dylan was virtually gushing great songs when this masterpiece arrived in the summer of 1965. From the epochal opening of "Like a Rolling Stone" through the absurdly apocalyptic closer, "Desolation Row," his command of surrealistic language was daring and amazing. As a vocalist, he was rewriting the rules of the game. Jimi Hendrix made note of Mr. Z's technically suspect pitch and decided that he too was a singer. And the backing, though ragged, is precisely right. Is this the essential Dylan album? It's certainly one of them. --Steven Stolder