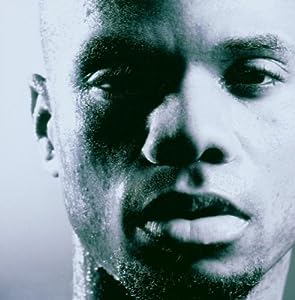 $5.32
As of 2021-12-04 01:08:42 UTC (more info)
Not Available - stock arriving soon
Buy Now from Amazon
Product prices and availability are accurate as of 2021-12-04 01:08:42 UTC and are subject to change. Any price and availability information displayed on http://www.amazon.com/ at the time of purchase will apply to the purchase of this product.
See All Product Reviews

Hero is the first release on the gospel star's new Fo Yo Soul Entertainment label (in association with Zomba Label Group). The album is said to reflect Franklin's growth and progression from his groundbreaking single 'Stomp', to his current roles as husband, father, businessman, and youth pastor. Guest on the CD include Stevie Wonder, Yolanda Adams, Ty Tribbett, Dorinda Clark-Cole, tobyMac, and P.O.D.'s Sonny Sandoval. 2005.

If you know anything about Kirk Franklin, you'll know he's not one to sit still. With an emphasis on his early career classic Gospel leanings, Franklin rang the bell with his magnificent Rebirth of Kirk Franklin (2002), a release widely awarded and one that helped make him the best-selling gospel artist of all time. But Franklin has once again shifted his musical landscape. Hero is a lengthy and revealing masterpiece unparalleled in Christian music. The Dallas native has crafted his own musical tapestry masterfully combining elements of 70s era soul, classic Gospel, and contemporary urban hip-hop. Hero is full of admissions of struggle and challenges but Franklin always weaves a message of hope and encouragement to take the focus off the negative. You want in-your-face confession? Try not to be moved while listening to Franklin laying sins down on the table like cards in "Let It Go" or Franklin teaming with Marvin Winans in the soul-shaking, roof-raising "Brokenhearted." The title track – featuring Dorinda Clark-Cole – along with "Imagine Me" are classic examples of how Franklin balances the hard realities of real life against the hard faith about which he so readily sings.

One is hard pressed to not remember the Love Unlimited Orchestra when hearing "Looking for You" and the 70s references are reinforced with Stevie Wonder's guest appearance on "Why." The latter track is classic Franklin as he challenges every Christian to stop worrying about building churches and start building people. It also includes a delightful harmonica touch at the end from the great Stevie Wonder. At 20 songs and more than an hour, Hero might seem overwhelming. But there is rarely a dull moment here and you'll be better for the time well spent. --Michael Lyttle