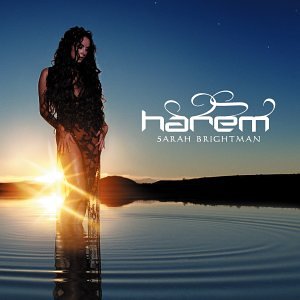 $7.99
As of 2021-04-12 05:18:48 UTC (more info)
Not Available - stock arriving soon
Buy Now from Amazon
Product prices and availability are accurate as of 2021-04-12 05:18:48 UTC and are subject to change. Any price and availability information displayed on http://www.amazon.com/ at the time of purchase will apply to the purchase of this product.
See All Product Reviews


If one's notion of "world music" promises a touch of the exotic and indigenous, often overlooked is the fact that the influence of western pop music has seeped into every corner of the globe, creating a hybrid that's often more than merely the sum of its influences. Theater vet Brightman steps into that pan-cultural hall of mirrors here, wedding her fascination with the music and rhythms of the "forbidden places" (the title's Arabic meaning) of the Middle East to her own oft ethereal vocal charms and rock-solid sense of drama. And if the diva's equally sound crossover sensibilities (and that of longtime producer Frank Peterson) sometimes mire it in familiar world-beat pastiche, Brightman's charmed muse manages some transcendent moments nonetheless. Her musical borrowings (Borodin for the title track; Puccini's *Madame Butterfly* for "It's a Beautiful Day") are as compelling as her choice of collaborators: classical violin star Nigel Kennedy and Iraqi vocalist Kadim Al Sahir add compelling touches to the weary timeliness of "The War is Over." The musical influences range from Europe across the Mediterranean and as far East as the Indian roots of "Bollywood" composer A.R. Rahman's "The Journey Home" and Brightman's own "You Take My Breath Away" to evocative recastings of the emblematic standards "Stranger in Paradise" and Louis Armstrong's "What a Wonderful World," while ex-Killing Joke keyboardist Jaz Coleman provides the savory East-meets-West orchestrations that ensure Brightman's star turns the seamless foundations they deserve. --Jerry McCulley

only $3.47
Not Available
View Add to Cart