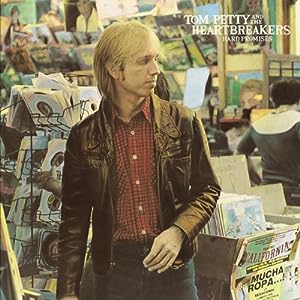 $5.77
As of 2022-06-24 02:22:34 UTC (more info)
Not Available - stock arriving soon
Buy Now from Amazon
Product prices and availability are accurate as of 2022-06-24 02:22:34 UTC and are subject to change. Any price and availability information displayed on http://www.amazon.com/ at the time of purchase will apply to the purchase of this product.
See All Product Reviews

Tom Petty's love affair with the more pop-oriented output of the Byrds and Dylan at their mid-'60s prime continued to find an increasingly wide audience in the '80s--and damned if some people didn't persist in calling it "new wave." Go figure. If writing hook-laden, instantly memorable pop-rock songs was both a sign of genius and one of music's toughest feats, Hard Promises (and its FM evergreens, "The Waiting" and "A Woman in Love") confirmed that Petty was one skinny, little, hard-working prodigy. Picking up effortlessly where Damn the Torpedoes left off, Petty and the equally conscientious Heartbreakers took nothing about their newfound fame for granted, delivering their fourth strong effort in a row, this one increasingly seasoned with touches of their Southern roots. The title hints at the tough underbelly beneath the jangly veneer of Petty's ever-accessible songwriting, exemplified here by "Nightwatchman," "Something Big," and "The Criminal Kind." All tracks on this edition have been upgraded via digital remastering, and the album's original inner artwork and lyrics have also been restored. --Jerry McCulley