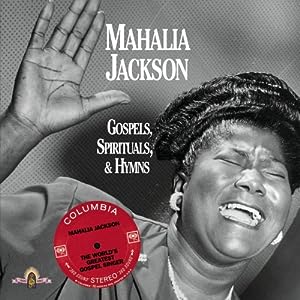 $14.30
As of 2022-12-08 05:51:30 UTC (more info)
Not Available - stock arriving soon
Buy Now from Amazon
Product prices and availability are accurate as of 2022-12-08 05:51:30 UTC and are subject to change. Any price and availability information displayed on http://www.amazon.com/ at the time of purchase will apply to the purchase of this product.
See All Product Reviews

If the bazillion packagings and repackagings of Mahalia Jackson's music confound you and you don't know where to start, this expertly compiled, carefully annotated double-disc box set is for you. Jackson wasn't just gospel music's first international superstar--she was among its earliest adherents and inventors. Working with the great composer and former blues singer Thomas A. Dorsey in the late 1930s, Jackson gave a distinctly blues-trained, jazzy sass and grace to Dorsey's material and the other hymns and spirituals she sang. More than any other performer, she helped to define gospel music itself as a transcendent, rootsy, melismatic, and heady spiritual sound. Culled from her sides for Columbia in the 1950s and 1960s, some of the arrangements in the set are not ideal and may sound quite a bit dated, but that voice shines and soars and dives straight to the center of your heart. Whether backed by a simple organ or piano or with full studio accompaniment, Jackson's booming, instantly recognizable contralto is indescribable, exciting, and forever a wonder to behold. And if you think that's an exaggeration, you don't own this record. --Mike McGonigal

The Altar and the Door

only $4.08
Not Available
View Add to Cart