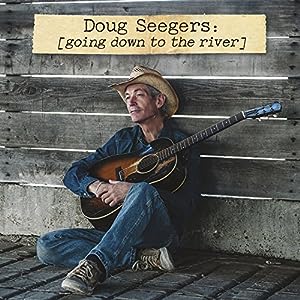 $11.84
As of 2023-02-07 16:38:55 UTC (more info)
Not Available - stock arriving soon
Buy Now from Amazon
Product prices and availability are accurate as of 2023-02-07 16:38:55 UTC and are subject to change. Any price and availability information displayed on http://www.amazon.com/ at the time of purchase will apply to the purchase of this product.
See All Product Reviews

'When I first heard Doug Seegers' voice, so full of soul and raw emotion, I was stunned. This man has lived these songs, not in his imagination but every long day over many hard years. He stands before you now - ready to testify. Listen and believe.' - Emmylou Harris

Doug Seegers' debut solo album entitled Going Down to the River on Rounder Records is raw, rootsy and emotionally charged. A brilliant 62-year-old singer who struggled with homelessness for years, Seegers found acclaim when Swedish music star Jill Johnson discovered him in a Nashville food pantry. The two subsequently recorded a duet that climbed to the top of the music charts in Sweden. This remarkable project -- produced by Will Kimbrough (Todd Snider, Kate Campbell) at Nashville's legendary Sound Emporium studios -- features collaborations with multi-GRAMMY winners Buddy Miller and Emmylou Harris, both whom have championed the formerly down-and-out singer. This personal, introspective album includes ten Seeger originals and two covers, including a duet with Harris on the Gram Parsons original 'She.' Going Down to the River examines the full gamut of emotions from lonely despair to exalted salvation and melds such diverse moods as a Texas swing dance floor gem ('Hard Working Man') to woe-is-me lament ('Pour Me') to shuffling honky-tonk ('Baby Lost Her Way Home Again').