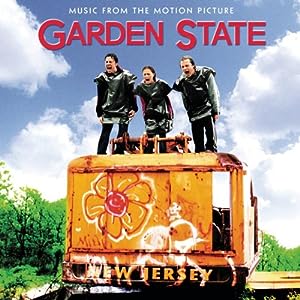 $2.99
As of 2023-01-27 03:10:20 UTC (more info)
Not Available - stock arriving soon
Buy Now from Amazon
Product prices and availability are accurate as of 2023-01-27 03:10:20 UTC and are subject to change. Any price and availability information displayed on http://www.amazon.com/ at the time of purchase will apply to the purchase of this product.
See All Product Reviews

We are happy to present the excellent Garden State.

With so many on offer recently, it is great to have a make you can recognise. The Garden State is certainly that and will be a great buy.

For this reduced price, the Garden State comes highly respected and is always a regular choice amongst lots of people. Epic /Sony Music Soundtrax have included some great touches and this results in great value.

Writer and director Zach Braff does a masterful job matching the charming, heartfelt tone of films like The Graduate and Rushmore in his motion picture debut, Garden State, so it only makes sense that the music he personally compiled for the soundtrack plays just as of big a part here as it did in those films. Simon & Garfunkel's languorous "The Only Living Boy in New York" is an obvious thread, but aside from Nick Drake's "One of These Things First," Braff is able to carry the mood without getting tripped up in the past. Frou Frou's "Let Go" and Zero 7's "In the Waiting Line" supply soft techno touches, while Iron & Wine's "Such Great Heights" and former Men at Work singer Colin Hay's "I Just Don't Think I'll Ever Get Over You" offer understated angst. It's the pair of emotionally racked contributions from the Shins ("Caring Is Creepy," "New Slang"), however, that really make this compilation a must-have. --Aidin Vaziri

Legacy: A Collection of Folk Music