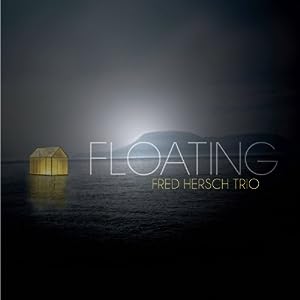 $10.97
As of 2023-02-02 23:52:04 UTC (more info)
Not Available - stock arriving soon
Buy Now from Amazon
Product prices and availability are accurate as of 2023-02-02 23:52:04 UTC and are subject to change. Any price and availability information displayed on http://www.amazon.com/ at the time of purchase will apply to the purchase of this product.
See All Product Reviews

Description of Floating from MRI

Top40 Music Store are delighted to offer the excellent Floating.

With so many available these days, it is wise to have a make you can trust. The Floating is certainly that and will be a excellent purchase.

For this price, the Floating comes highly respected and is always a regular choice amongst many people. MRI have included some excellent touches and this means good value for money.

Floating, the remarkable new album by the Fred Hersch Trio, brings the pianist back into forbidding territory. After a run of lightning-in-a-bottle live albums, he returned to the studio to document the ongoing evolution of his primary ensemble featuring bassist John Hébert and drummer Eric McPherson. Slated for release by Palmetto on July 8, 2014, the album captures the trio in exceptional form, playing with nonpareil rhythmic resourcefulness, ravishing lyricism, and telepathic interplay.

The trio's last release, 2012's Fred Hersch Trio - Alive at the Vanguard (Palmetto) was a critically hailed double album that earned the Grand Prix du Disque, France's top jazz award. With five years and numerous national and international tours under their belts, the group has continued to hone its rarified communion, a creative frission evident on Floating. Unfolding with much the same rhapsodic coherence of a trio concert, the new album ranks amongst Hersch's very best work, which is to say that it's one of the era's definitive trio recordings.

While the album focuses on Hersch's original compositions, two American Songbook standards serve as lyrical touchstones. Propelled by McPherson's clattering sticks, the trio opens the session with an intricately patterned sojourn through 'You and the Night and the Music' that builds to a two-handed montuno. The trio closes with a sensuous caress of 'If Ever I Would Leave You' and a measured but exacting investigation of 'Let's Cool One,' continuing Hersch s longstanding tradition of closing most performances with a Monk masterpiece.

Have Yourself A Swingin' Little Christma...