First Impressions of Earth from RCA 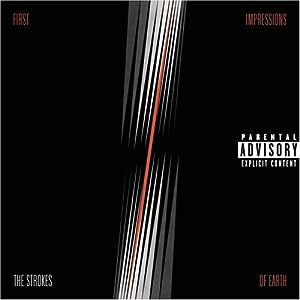 First Impressions of Earth from RCA

$4.55
As of 2023-01-24 06:40:44 UTC (more info)
Not Available - stock arriving soon
Buy Now from Amazon
Product prices and availability are accurate as of 2023-01-24 06:40:44 UTC and are subject to change. Any price and availability information displayed on http://www.amazon.com/ at the time of purchase will apply to the purchase of this product.
See All Product Reviews

Description of First Impressions of Earth from RCA

Top40 Music Store are delighted to offer the brilliant First Impressions of Earth.

With so many available right now, it is wise to have a name you can recognise. The First Impressions of Earth is certainly that and will be a superb acquisition.

For this price, the First Impressions of Earth is widely recommended and is always a regular choice with lots of people. RCA have included some great touches and this equals great value for money.

First Impressions On Earth is the third album from the Strokes, and its 14 songs form an extremely persuasive argument that the Strokes are no longer just the most important band of their generation, but also well on their way to becoming one of the world's biggest bands, period. Features the first single 'Juicebox'. RCA. 2005.

Their prospects dangerously over-inflated by pundits who often hailed their debut as nothing short of rock-messianic, New York City's Strokes got a lesson in cynical rock-press dynamics when their biz-troubled, if similarly toned, '03 follow-up was dutifully dismissed as the proverbial sophomore slump. A lesser band might have been chastened by the experience; this one responds with a third album that positively bristles with energetic challenges. Revolving around a loose concept that allows songwriter/frontman Julian Casablancas to adopt a viewpoint that's as detached as it is world-weary and bemused, it's a record that quickly trades the often precious production conceits of its forebears for a muscular confidence that's notable from the infectious, back-to-the-'80s opener "You Only Live Once" to its perfect bookend "Red Light."That often inviting sonic remodeling may come in part from Bangles/Sublime/Sugar Ray producer David Kahne (who replaces previous collaborator Gordon Raphael on all but a handful of cuts), but the band clearly has expansiveness on its mind, from a running length nearly twice its predecessors to such stylistic excursions as the cinematic, back-to-the-future riffing of the single "Juicebox," the spare, electro-baroque moodiness of "Ask Me Anything," and the dense, surprising prog flirtations of "Electrocityscape." "On the Other Side" finds Casablancas convincingly casting himself as the anti-Bono while crooning "I hate them, I hate them all, I hate myself for hating them" before chiding humanity as "seven billion people who've got nothing to say" on the otherwise upbeat closer, "Red Light." Wrapping such cynicism in more populist musical trappings is no mean feat, and the sheer reach of the Strokes' ambitions here insure they occasionally fall short. But it's a consistently intriguing effort, one that seems calculated as much to challenge the faithful as expand the band's own considerable horizons. --Jerry McCulley

All That You Can't Leave Behind [LP]

What It Is to Burn from Drive-Thru