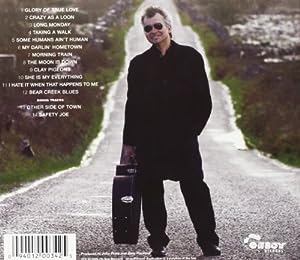 $43.93
As of 2021-02-20 06:23:35 UTC (more info)
Not Available - stock arriving soon
Buy Now from Amazon
Product prices and availability are accurate as of 2021-02-20 06:23:35 UTC and are subject to change. Any price and availability information displayed on http://www.amazon.com/ at the time of purchase will apply to the purchase of this product.
See All Product Reviews

John Prine takes his own sweet time dancing with his muse -- and truly writes what's in his soul. So if it takes him a little longer to write the songs that capture moments and reveal the gently folded human truths that bind us all together, it's always worth the wait. Now, nearly nine years since the release of his Grammy nominated 'Lost Dogs & Mixed Blessings', 'Fair & Square' is finally here. Oh Boy. 2005.

Good things come to those who wait. During John Prine's nine-year interval between albums of original material, fans who hailed his recovery from cancer wondered whether he'd ever return to full creative speed. Here, Prine puts doubts to rest with an album that ranks with the finest of an inspired career. The big heart of "Glory of True Love," the socially conscious bite of "Some Humans Ain't Human," the reflective grace of "Taking a Walk," the wry whimsy of "Crazy as a Loon"--the hallmarks of Prine's artistry are reaffirmed on Fair & Square. The album also reflects Prine's first attempt at producing himself, with the warmth of his rough-hewn vocals finding a comfortable fit among the organic, largely acoustic arrangements. Though Prine penned 12 of the 14 cuts (including two bonus tracks, one recorded in concert), a pair of covers prove revelatory: Blaze Foley's "Clay Pigeons" sounds like it could well be one of Prine's own (with a melody that recalls "Hello in There" and a lyric of renewal that sounds like personal testament), while A.P. Carter's "Bear Creek Blues" carries an electric charge as the traditional song rocks harder than anything else on the album. With a generous selection of close to an hour of music, the album stands as a creative triumph for Prine, a fully satisfying effort that rewards the patience of his loyal fans. Welcome back. --Don McLeese