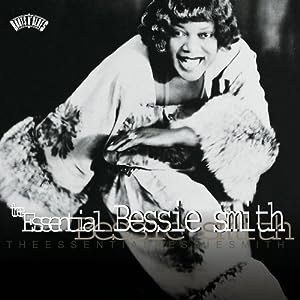 Now that Sony's reissued Bessie's complete recordings, they've gone back and pulled out three dozen of her most notable sides for this 2-CD set! Includes St. Louis Blues; Baby Won't You Please Come Home; Alexander's Ragtime Band; A Good Man Is Hard to Find; Nobody Knows You When You're Down and Out , and more digitally remastered classics from the Empress of the Blues.

Bessie Smith was crowned the Empress of the Blues, and, while this moniker was well deserved, she was much more. A prolific recording artist, Smith was quite an eclectic performer. In fact, she may have been one of the first true crossover artists. This neat two-disc set gives the listener a good sampling of her wide repertoire. Smith is backed up by some of the best jazz musicians of her era. Her rendition of "St Louis Blues" for example, features the horn work of a young Louis Armstrong. Smith was not above doing such suggestive material as "Kitchen Man" or "Need a Little Sugar in My Bowl" and could breath new life into a pop chestnut like "Alexander's Ragtime Band." And when Smith sang "Nobody Knows You When You're Down and Out," she knew what she was talking about. The title of this album says it all. --Lars Gandil

Diana Ross and the Supremes - The Ultima...

only $7.31
Not Available
View Add to Cart

The Very Best Of Dr. John