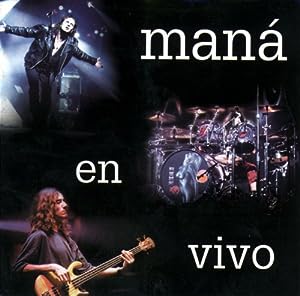 $10.75
As of 2022-07-28 12:15:34 UTC (more info)
Not Available - stock arriving soon
Buy Now from Amazon
Product prices and availability are accurate as of 2022-07-28 12:15:34 UTC and are subject to change. Any price and availability information displayed on http://www.amazon.com/ at the time of purchase will apply to the purchase of this product.
See All Product Reviews

One of Latino Rock's hottest acts is recorded live, stadium style, with screaming fans and all the ambience of a major rock event--which is what this is. The only difference between Maná and a Police concert is that Maná is in español. Armed with their own original material and shuffling pop reggae beats, Maná prove they are every bit as good as their source of inspiration, not just on record but also on stage. They have enough thematic twists of their own to avoid any criticism as a "knock off" act, and have built a following that marks them as the heirs apparent to Selena's pop crown. World Music fans may be dismayed at this blatant assimilation of western pop culture, but this excellent recording proves that this group has hit rock's Big Time--on their own terms. --Derek Rath