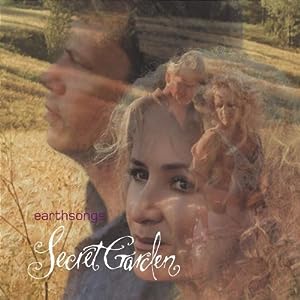 $9.57
As of 2022-09-20 16:52:38 UTC (more info)
Not Available - stock arriving soon
Buy Now from Amazon
Product prices and availability are accurate as of 2022-09-20 16:52:38 UTC and are subject to change. Any price and availability information displayed on http://www.amazon.com/ at the time of purchase will apply to the purchase of this product.
See All Product Reviews

Earthsongs is a curious title for an album that is unrooted in the firmament and seems far removed from any traditions therein. Instead, the duo of Irish violinist Fionnuala Sherry and Norwegian keyboardist Rolf Lovland make music lost in a gauzy haze of nostalgia and sentimentality. On Earthsongs, they move further from the safely exotic, Celtic-meets-New-Age sound in which they forged their early successes and float down an easy-listening path. Celtic flavors do turn up on a pair of sanitized jigs: "Reel" and "Daughters of Erin," but they have the authenticity of a theme restaurant. Bringing in pop-classical tenor Russell Watson for the maudlin ballad "Always There" doesn't help. With this album, Secret Garden takes a seat in the faux-classical lounge, a room occupied by artists like Percy Faith, Bert Kaempfert, 101 Strings, and other forgotten meisters of orchestral pop who were washed aside by the breaking waves of rock in the early '60s. --John Diliberto