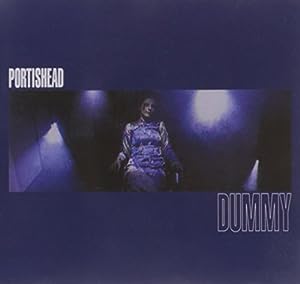 $7.38
As of 2022-11-24 05:54:37 UTC (more info)
Not Available - stock arriving soon
Buy Now from Amazon
Product prices and availability are accurate as of 2022-11-24 05:54:37 UTC and are subject to change. Any price and availability information displayed on http://www.amazon.com/ at the time of purchase will apply to the purchase of this product.
See All Product Reviews

The collaboration of studio whiz Geoff Barrow and singer Beth Gibbons, Dummy was made at the same time as a short film noir called "To Kill a Dead Man," and the same approach--gloomy, tormented, and wildly melodramatic--permeates the album. "Sour Times" (the hit in which Gibbons cries, again and again, "Nobody loves me, it's true") and the more cryptic "Glory Box" are the linchpins of the album, defining its sound: dark flashes of old soul and film music, dehumanized electronic bleeps, Gibbons emoting like she's consumed by shame, and a bass-and-beat pulse derived from the slow bump and grind of the Bristol scene that spawned Barrow's old collaborators, Massive Attack. --Douglas Wolk

Boombastic Collection: The Best of Shagg...