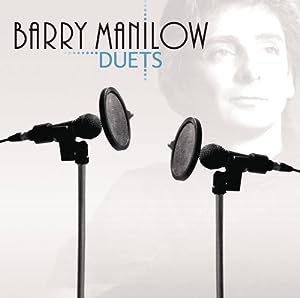 $4.39
As of 2022-06-11 22:31:15 UTC (more info)
Not Available - stock arriving soon
Buy Now from Amazon
Product prices and availability are accurate as of 2022-06-11 22:31:15 UTC and are subject to change. Any price and availability information displayed on http://www.amazon.com/ at the time of purchase will apply to the purchase of this product.
See All Product Reviews

In terms of both record sales and career longevity, Barry Manilow is one of the most successful adult contemporary singers ever. Unlike many of his peers, Manilow wasn't aiming to make smooth, restrained background music -- he conceived of himself as a pop entertainer and all-around showman in the classic mold, and his performances and stage shows were accordingly theatrical.
Manilow dominated pop music during the latter half of the '70s like few other performers, spinning off a long series of hit singles (including 13 number one hits on the adult contemporary charts) and platinum albums that essentially made the Arista label. By the early '80s Manilow was free to explore his long-held taste for swing, pop standards, and Broadway show tunes, which dominated his albums from the mid-'80s on. He has continued to record steadily, and his popularity never completely eroded.
Manilow has performed with countless artists from all around the world at Benefits, Special Events/Appearances & television programs, and of course, in concert. Now, for the first time, a collection of Manilow s duets are available on CD. Included are the warm, low-key "I Won't Be the One to Let You Go" with Barbra Streisand, the jazzy "Epilogue" with Nancy Wilson and the epic ballad "Let Me Be Your Wings" with Debra Byrd.