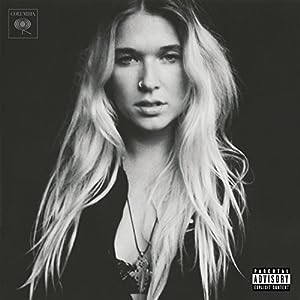 $4.43
As of 2023-02-01 05:28:08 UTC (more info)
Not Available - stock arriving soon
Buy Now from Amazon
Product prices and availability are accurate as of 2023-02-01 05:28:08 UTC and are subject to change. Any price and availability information displayed on http://www.amazon.com/ at the time of purchase will apply to the purchase of this product.
See All Product Reviews

Dreamland is Wild Belle's bold and evolutionary new album. The duo that forms the core of this Chicago based group are siblings Elliott and Natalie Bergman, and have created a sound known for infusing its psychedelic pop sound with grooves based on reggae and ska.

Dreamland is the follow up to 2013's critically acclaimed album, Isles, and this new album expands the band's ambitions in every way. Wild Belle's multi-instrumentalist extraordinaire, Elliott, comments: "It's deeper, it's more fun, it's more haunting, it's got more grooves, there's sorrow and pain but there's also hope and joy all those things can coexist in the songs because they coexist in life." Work on Dreamland began in early 2014, in Chicago. The band tracked several songs there, and also recorded Los Angeles, Nashville, and Toronto.

Dreamland features the single and video, "Throw Down Your Guns", that according to the siblings started out as a love song, but ultimately found the group riding a roughed up rhythm track with Natalie delivering a more emphatic lyricism than ever before. The song features Natalie Bergman's dusty yet joyous vocals over a bass heavy dance rhythm and a Jamaican pop-esque instrumental hook. The "Throw Down Your Guns" video features the Chicago Children's Choir as well as Chicago based footwork crew The ERA, perfectly complimenting the song s themes of peace, unity and love.

In support of Dreamland, Elliott and Natalie will hit the road, traveling across the country with their band on a headline tour. The 21-city tour will kick off on April 22nd in Chicago, IL and conclude on May 20th in Minneapolis, MN. Recent press includes features in Glamour Magazine's "15 New Artists to Pay Attention to in 2016", Nylon Magazine, Billboard, and The Hollywood Reporter.

only $5.73
Not Available
View Add to Cart