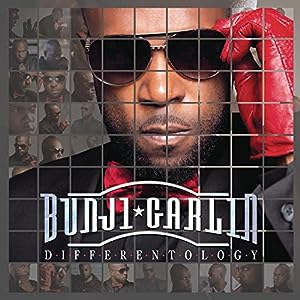 $3.67
As of 2023-02-01 05:09:07 UTC (more info)
Not Available - stock arriving soon
Buy Now from Amazon
Product prices and availability are accurate as of 2023-02-01 05:09:07 UTC and are subject to change. Any price and availability information displayed on http://www.amazon.com/ at the time of purchase will apply to the purchase of this product.
See All Product Reviews

The upcoming album by Trinidadian soca star Bunji Garlin, whose career has soared internationally since the release of his soca-meets-EDM single "Differentology (Ready For The Road)," will be released through a joint venture between RCA Records and Queens, N.Y.-based reggae independent VP Records on August 12, 2014.
Produced by Trinidad's Keron "Sheriff" Thompson, "Differentology" was originally released in November 2012 on Sheriff Music in anticipation of the plethora of parties, concerts and musical competitions held during Trinidad's annual pre-Lenten Carnival season. In addition to spending 18 weeks on the Reggae Digital Songs chart, peaking at No. 7, "Differentology" has led to groundbreaking achievements for the Trinidadian artist. The track won a 2013 Soul Train Award for Best International Performance; defeated tracks by Eminem and DJ Khaled in New York hip-hop station Hot 97's Battle of the Beats; was featured in an episode of ABC's Grey's Anatomy; and earned Garlin an enviable slot on Hot 97's annual Summer Jam's main stage alongside artists like 50 Cent, The Roots, and Nas.

Throughout his 16-year recording career, Garlin has independently released eight additional albums primarily timed to the carnival season to benefit from that period's increased airplay, performance, and endorsement opportunities for soca artists.

No More Heartaches / What Am I to Do?

only $6.88
Not Available
View Add to Cart