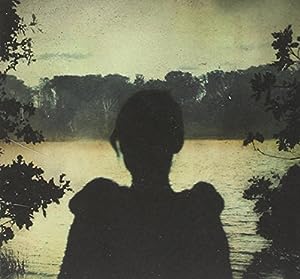 $39.99
As of 2022-06-10 07:51:35 UTC (more info)
Not Available - stock arriving soon
Buy Now from Amazon
Product prices and availability are accurate as of 2022-06-10 07:51:35 UTC and are subject to change. Any price and availability information displayed on http://www.amazon.com/ at the time of purchase will apply to the purchase of this product.
See All Product Reviews

Porcupine Tree defies categorization. This unique London-based quartet make unconventional, uncompromising music that qualifies them as Europe's premiere art-rock cult band. Porcupine Tree's cogent musical personality is a force to be reckoned with. Porcupine Tree's intelligent and accessible sound will appeal not only to metal enthusiasts and twenty-something dark wave fans, but will also fit in with today's more adventurous alternative station playlists. This is an enhanced CD with exclusive making-of-the-album video footage, plus a hidden track which is a partial re-recording of Lighbulb Sun's 'She Moved On. Atlantic. 2005.

Before the Mars Volta made prog-metal fashionable again--with a little help from the Dillinger Escape Plan and My Chemical Romance--Porcupine Tree's 2002 US debut, In Abstentia, had already laid most of the groundwork. For the middle-aged British quartet led by Steven Wilson, '70s rockers like Rush and Yes (with whom the group toured after the album's release) never went out of style but instead left behind grandiose scriptures to be studied for all of eternity. So while tighter and more efficient in spots ("Shallow," "Halo"), Porcupine Tree's Deadwing faithfully keeps the technically proficient epics coming, peaking with multi-tentacled 12-minute "Arriving Somewhere (But Not Here)." --Aidin Vaziri