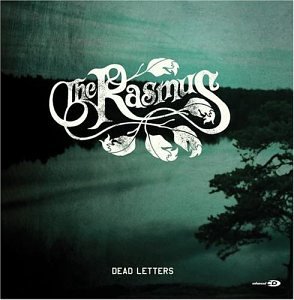 $8.42
As of 2022-06-02 08:47:26 UTC (more info)
Not Available - stock arriving soon
Buy Now from Amazon
Product prices and availability are accurate as of 2022-06-02 08:47:26 UTC and are subject to change. Any price and availability information displayed on http://www.amazon.com/ at the time of purchase will apply to the purchase of this product.
See All Product Reviews

We are proud to offer the fantastic Dead Letters.

With so many available recently, it is wise to have a make you can recognise. The Dead Letters is certainly that and will be a great acquisition.

For this price, the Dead Letters is widely recommended and is a popular choice with lots of people. Interscope Records have added some nice touches and this results in good value.

The Rasmus were already massive rock stars in their native Finland, as well as various other parts of Europe, by the time Dead Letters was finally released in the U.S. in March 2004. Really, one can't help but wonder what took them so long to get here. Boasting hook-heavy guitars and anthemic lyrics, most of the tracks on Dead Letters sound tailor-made for radios and stadiums, from hit single "In the Shadows" to the urgent "In My Life," which has an epic, fists-in-the-air chorus worthy of later Bon Jovi. Still, those expecting rock in the vein of the Darkness will be disappointed by the overpolished earnestness of Dead Letters--the Rasmus's sound is more akin to a goth INXS than any spandex-clad rock gods. A lot of that could well be down to the production, which is at times too clean and sanitized; several of these tracks would benefit from being just a bit rougher around the edges. Still, those who find H.I.M too heavy or Evanescence too wet will probably find something to love in the Rasmus. --Robert Burrow

I'm Alone, No You're Not