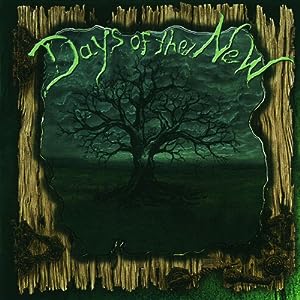 $29.99
As of 2021-08-28 16:58:49 UTC (more info)
Not Available - stock arriving soon
Buy Now from Amazon
Product prices and availability are accurate as of 2021-08-28 16:58:49 UTC and are subject to change. Any price and availability information displayed on http://www.amazon.com/ at the time of purchase will apply to the purchase of this product.
See All Product Reviews

These certainly are new days for singer-guitarist Travis Meeks. A mere 18 when his band's self-titled debut hit with singles including "Shelf in a Room" and "Touch, Peel and Stand," 1999 finds the 20-year-old frontman minus his former Days of the New band mates and plus a new female singer and lineup. These radical departures could easily have spelled disaster, but 2, a year in the making, is a surprisingly mature and powerful pastiche of classic-rock leanings mixed with the headiness of a modern Doors, some slight Southern accents, and the acoustic leanings of a Led Zeppelin. Neither as dark nor as vocally Pearl Jam-ish as the band's debut, this ambitious sophomore outing borders on the pretentious and self-indulgent at times, but is ultimately a triumph. Meeks plays most of the instruments, and the orchestral arrangements and vocals of 20-year-old Nicole Scherzinger work beautifully (especially on the buoyant "Bring Yourself") with the energetic acoustic guitars and varied and abundant aural accents. Not a singles-oriented outing, 2 presents a potent and emotive musical soundscape that's complex, spacious, and diverse. Katherine Turman

Valley Girl: Music From The Soundtrack b...