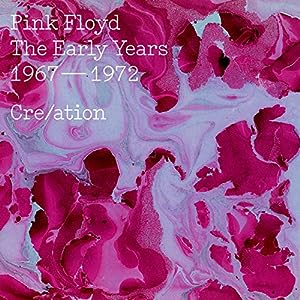 $10.68
As of 2020-09-20 01:17:25 UTC (more info)
Not Available - stock arriving soon
Buy Now from Amazon
Product prices and availability are accurate as of 2020-09-20 01:17:25 UTC and are subject to change. Any price and availability information displayed on http://www.amazon.com/ at the time of purchase will apply to the purchase of this product.
See All Product Reviews

Set across 2 CD's, Cre/ation The Early Years 1967 1972 charts the evolution of the band and bears witness to their part in cultural revolutions, from their earliest recordings and studio sessions to the years prior to the release of The Dark Side Of The Moon, one of the biggest selling albums of all time. From the single Arnold Layne, to a live recording of Atom Heart Mother, fans will see the invention of psychedelic progressive rock via an insightful collection that explores the Pink Floyd story from the time Roger Waters, Richard Wright, Nick Mason and Syd Barrett met at London's Regent Street Polytechnic, through to Syd's departure and David Gilmour joining to form the iconic lineup.

The Times They Are a-Changin'

Eat a Peach from Island / Mercury