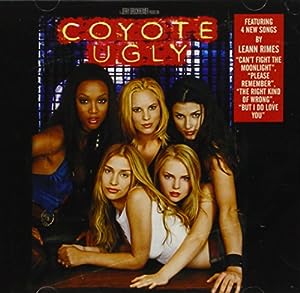 $3.95
As of 2022-12-06 00:20:52 UTC (more info)
Not Available - stock arriving soon
Buy Now from Amazon
Product prices and availability are accurate as of 2022-12-06 00:20:52 UTC and are subject to change. Any price and availability information displayed on http://www.amazon.com/ at the time of purchase will apply to the purchase of this product.
See All Product Reviews

The latest Jerry Bruckheimer production focuses on five twenty-something women working their way through life at a fashionable bar in New York City. Four new LeAnn Rimes tracks highlight this collection. Though all from the pen of veteran songwriter Diane Warren, the tracks vary in style from diva pop ("Fight the Moonlight") to sentimental musings ("Please Remember"). It's only a matter of time before Rimes leaves country music completely behind for the sleek modern world of mainstream pop. The remaining songs are a hodgepodge of different eras. EMF's "Unbelievable" and Snap's "The Power" hark back to the early 1990s, while Don Henley and INXS deliver the dancebeat kick of the '80s. The firing fiddle of the Charlie Daniels Band's 1979 hit "The Devil Went Down to Georgia" seems out of context here. But then, this bar must have one odd jukebox to begin with. --Rob O'Connor

only $8.24
Not Available
View Add to Cart

You're the Inspiration: the Music of Dav...