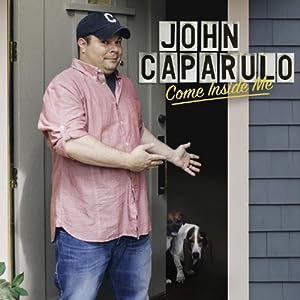 Cap is the working-class hero of the roundtable on Chelsea Handler s, Chelsea Lately, but he is all dressed up on his 2013 seventy minute CD/DVD. He has the stage all to himself at The South Point Hotel & Casino in Las Vegas to show comedy fans a whole new side. Even more honest, entertaining, and hilarious than ever before, Cap invites everyone to come inside his world as he sees it, trading in his bachelorhood and T-shirts for a wedding band and buttons in his second full-length stand-up comedy special.

Regarding his appearances on Chelsea Lately, Cap says, "It's like hanging out at my buddy's house and getting a check for it! It really is the most fun I've had since I got into comedy. I've known Chelsea since we were both doing 6-minute spots in the attic at The Comedy Store on Sunset Strip. I never thought she really liked me. Come to think of it... I'm still not sure. "

The Best of NRBQ: Stay with We