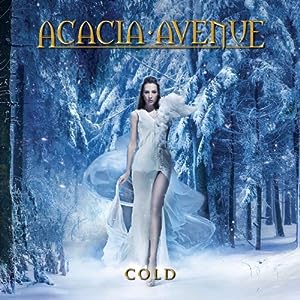 Description of Cold by Imports

We are delighted to present the famous Cold.

With so many on offer recently, it is good to have a name you can recognise. The Cold is certainly that and will be a great acquisition.

For this great price, the Cold is widely respected and is always a popular choice for many people. Imports have included some great touches and this means good value for money.

The idea for Acacia Avenue began back in 2008 when founding member Torben Enevoldsen (Fate, Fatal Force, Section A) spent most of that year writing new material. Some of this new material came to be very Melodic Hard Rock / AOR, and the idea of doing a full album in this style quickly emerged. In order to spice things up however, Enevoldsen decided to ask a few good friends of his to participate, both as singers, but also as co-writers. The debut album featured Tony Mills (Ex-TNT, Shy), Geir Rönning (Radioactive), Torben Lysholm (Pangea, Mysterell) and Lars Säfsund (Work Of Art) on vocals. Torben did the bass, keyboards and guitars, as well as both lead and backing vocals on a few songs himself, and Thomas Heintzelmann (Decoy) did the drums. The self-titled debut album was released on Lion Music in January 2010. Enevoldsen continued doing various projects, but at the end of 2010, Torben was asked to join the Danish hard rock band Fate. He agreed and joined the band in January 2011. Although busy with Fate, Enevoldsen never stopped working on new material of his own, so the idea of doing another Acacia Avenue album was never far away. Torben grew up listening to bands like Boston, Journey, Toto and Survivor, so he thoroughly enjoyed writing in this very melodic and somewhat softer style. New songs were written and the first singer to get involved was Rob Moratti (Ex-Saga, Final Frontier). Torben and Rob had met each other on MySpace, years before Rob joined Saga, and had discussed the possibility of working together. Acacia Avenue turned out to be the perfect vehicle to pursue this desire. Apart from Rob, the new album features vocal performances by Steve Newman (Newman), Torben Lysholm (Pangea, Mysterell), Albin Ljungqvist, Mikael Roupé (Bamboo Brothers), Peter Sundell (Grand Illusion, Decoy) and Nicklas Sonne (Defecto). Once again, Torben was in charge of bass, keyboards and guitars, as well as singing background vocals on a few songs. They were joined by new drummer, Dennis Hansen (Fatal Force), and like last time, the majority of the recordings took place at Funny Farm Studios in Denmark, which is Torben's own studio. The new album, entitled Cold , was mixed and mastered at Funny Farm Studios by Torben Enevoldsen. Enevoldsen also produced the album.

only $4.27
Not Available
View Add to Cart

In The Lonely Hour [LP]